This painting was done to recognize the efforts of Rachna Dhingra who has been working for the people affected by the Bhopal Gas Tragedy. Ironically she was working for the parent company of Union Carbide Corporation. It was the UCC factory in Bhopal from where methyl isocyanate gas leaked, killing thousands. In her own words "it was the fact that the company I was working for was more concerned about profits than lives of the people. I came to Bhopal to see that demands like better health care system and income generation plans are implemented. Twenty one years is a long time to wait for justice but I am hopeful that eventually everyone will get justice."

Symbols: Recursive embryos in their mothers womb symbolizing the genetic mutations that the tragedy caused for the people in this
PREV / NEXT   27 / 34
BACK TO THE SPIRIT OF BEI... 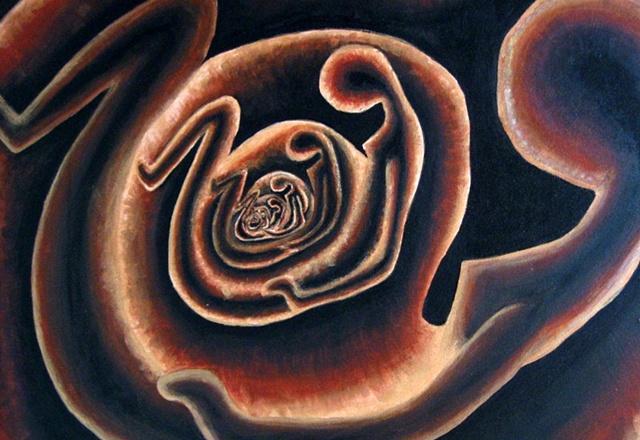