“The Great mother bursts on the world of men in overwhelming wholeness and perfection.”
From the Goddess found from Egypt, Nile, and then found all over the world, Mohenjo-Daro /Harappa, Africa, Celtic belt, at about 2500-1500 BC, to the goddesses known today like Maat from Egypt, Athena Demeter, and Isis from Greece and France, Kaali from India, Ishtaar from Babylonia, they represent all human qualities known to man, positive and negative, generation, destruction, love, sex, knowledge, health, disease, war and peace. The world of goddesses is quite different from the world of “God” where god is good and “Devil” evil. Much like humans, the gods of the goddess era (many are surviving today) had all shades of human character between black and white. 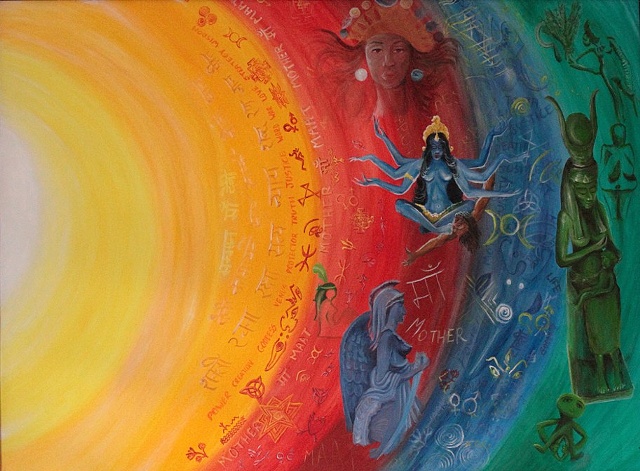